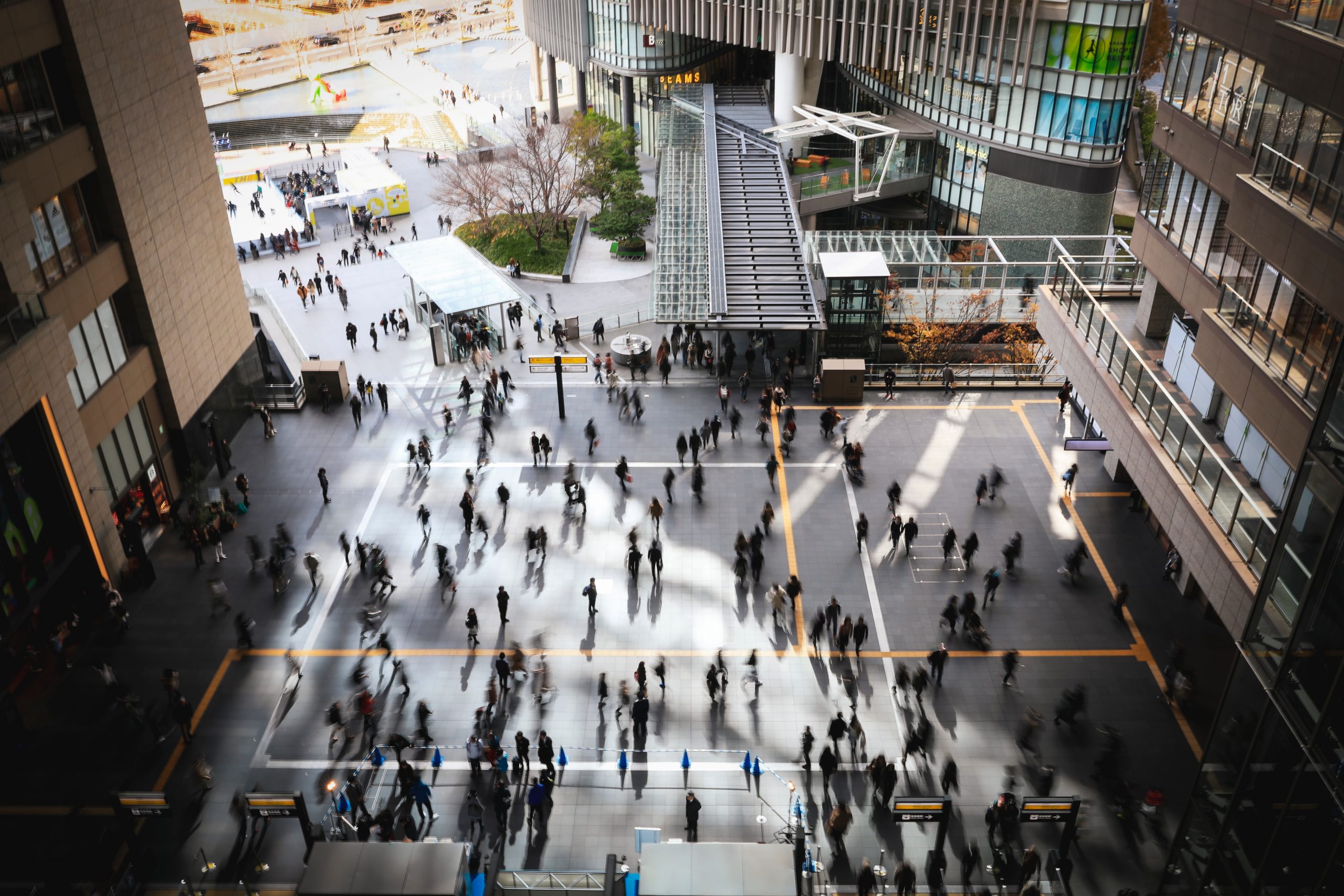 The Nikkei Newspaper published an article on January 29, 2021 regarding the “excessive” number of transfers to Osaka which is the largest in all of Japan.

Our post for today will be the translation of Nikkei Newspaper’s article.
For the original Japanese article, please click the link below.

According to the Basic Resident Register Population Migration Report released by the Ministry of Internal Affairs and Communications on the 29th, the number for those moving in to Osaka exceeded that for those moving out in 2020. The increase in population inflow was the highest among municipalities nationwide.
This is in contrast to Tokyo, which experienced the opposite. Tokyo had the largest number (outflow) of people move out of the metropolis.

It seems as though the 2025 Osaka / Kansai Expo, and large-scale redevelopment were the reasons behind the “excess.” However, it is uncertain whether population accumulation and growth will continue if the current stagnation caused by the current pandemic is prolonged.

In contrast, the 23 wards of Tokyo recorded an increase of 64,176 individuals, the highest in Japan in 2019. In 2020, the number dropped sharply to 13,034. Since April of 2020, there have been an excess of 26,032 people moving out, which is thought to be due to increased implementation of teleworking caused by COVID-19. Tokyo observed a trend of individuals moving out to the neighboring suburbs. The number of residents in Fukuoka City and Nagoya City has fallen below the numbers from 2019 as well. Therefore the continued increase in individuals moving into Osaka City stands out.

An analysis of the data on Japanese migrants who can compare changes over time shows this trend has been consecutive for the last 20 years, the highest in the last 50 years. Looking at the place of residence before moving in, the influx is from a wide range of areas such as the Kansai Region excluding Osaka prefecture, the Tokyo area, the Nagoya area, and the Kyushu area. The Osaka prefecture as a whole, excluding Osaka city, is experience this increase, and the population concentration is toward Osaka city even within the prefecture.

Why the Population Increase?

Hideyuki Araki, a senior researcher at Resona Research Institute, cites movements caused by international events and active redevelopment as a couple of factors. The Osaka Expo, which is expected to have an economic effect of 2 trillion yen was confirmed in November 2018. At the end of 2020, the redevelopment area “Umekita Phase 2” on the north side of JR Osaka Station started full-scale construction, and the number of foreigners who visited Osaka in 2019 reached a record high of 12.31 million to name a few factors.

From the data, it can be seen that the expansion of inbound (foreign visitors to Japan) demand and the movement of redevelopment, which has supported the growth of Osaka. The timing almost overlaps when looking at the timeline with the increase in Osaka’s population. The increase in population for the year 2020 has increased 2.6 times since 2014, before the expansion of inbound demand, and 80% more than in 2017 before the confirmation to host the 2025 World Expo.

20-29 years old who have moved to Osaka have accounted for 50% of the total increase in new residents who moved to Osaka. For employment purposes, more women were observed to move when comparing with men. In addition to strong construction demand due to redevelopment, there is a composition that service industries such as hotels, restaurants, and retail stores have increased employment due to the expansion of inbound demand.

Inviting integrated resorts (IR) including casinos, and the development of the artificial island Yumeshima in Osaka Bay, which will be the venue for the Expo. There will be a good number of large-scale projects in the future, and the supply of offices in the city is expected to increase significantly. Mr. Araki analyzes that “Osaka has strong expectations for growth such as holding an Expo and attracting IRs, and many companies are trying to increase the staffing to branch offices.”

According to Kazumasa Takeuchi, a senior researcher at Daiwa Real Estate Appraisal who is familiar with office market conditions, the branch office functions as part of a BCP (Business Continuity Plan) to diversify risks in the event of a disaster and to increase the number of engineers in response to digital transformation (DX). There is also a movement to expand, for example a male office worker in his twenties who works for an IT company has been transferred from Saitama to Osaka City in the fall of 2020. “There is a lot of DX (digital transformation) demand for small businesses due to COVID-19,” he said.

The second factor that Resona Research Institute’s Araki cites with many small and medium-sized enterprises in Osaka, the weak implementation of telework in Osaka. There are many cases where the maintenance of IT equipment is not as advanced as that of major companies, and it is difficult for telecommuting to take root.

According to a survey by Persol Research Institute (November 2020), the telework implementation rate for full-time employees in the prefecture, including Osaka City, was only 24.4%, which is more than 20 points lower than in Tokyo. Yuji Kobayashi, Senior Researcher, pointed out “the more division of labor a company has, the more teleworking becomes established. In many cases, small and medium-sized enterprises take on multiple duties such as human resources and accounting by themselves.” Compared to Tokyo, which is moving to the suburbs due to the spread of telework, the fact that there are few moves-out from Osaka City seems to be the reason for the continued increase in moves-in to Osaka City.

No Growth Expected due to COVID

Professor Kazuyuki Kohase (city policy) of Osaka City University Graduate School said, “If the spread of the new coronavirus is prolonged, Osaka City may also turn to over-migration.” The economy of Osaka, which was damaged by the 2008 Lehman shock, recovered rapidly due to the expansion of inbound demand. The corporate municipal tax, which reflects the profits of companies in the city, was about 149.9 billion yen in FY2007, an increase of 40% from FY2009. However, inbound demand decreased due to the ongoing pandemic. The Osaka Metropolis Plan, which states that Osaka Prefecture and the city will promote growth strategies in an integrated manner, was rejected twice by a referendum, and the business environment of overseas businesses deteriorated due to the influence of the new virus in attracting IRs, and the future is foreseen. The number of companies that have moved their head offices from the prefecture has exceeded the number of out-migrants for 38 consecutive years, and the number of businesses in Osaka City has not changed.